This week was Missions Emphasis at TBC.

Every year we set aside a week to focus on missions and church planting during our chapel sessions and student activities.  Classes and activity schedules are adjusted to accommodate Student Body chapels on Monday, Tuesday, and Wednesday in addition to a Tuesday evening bonfire and a Saturday brunch.

Planning for Missions Emphasis at TBC started last semester.  Representatives from Converge came to campus and meet with students prior to the event this spring semester. 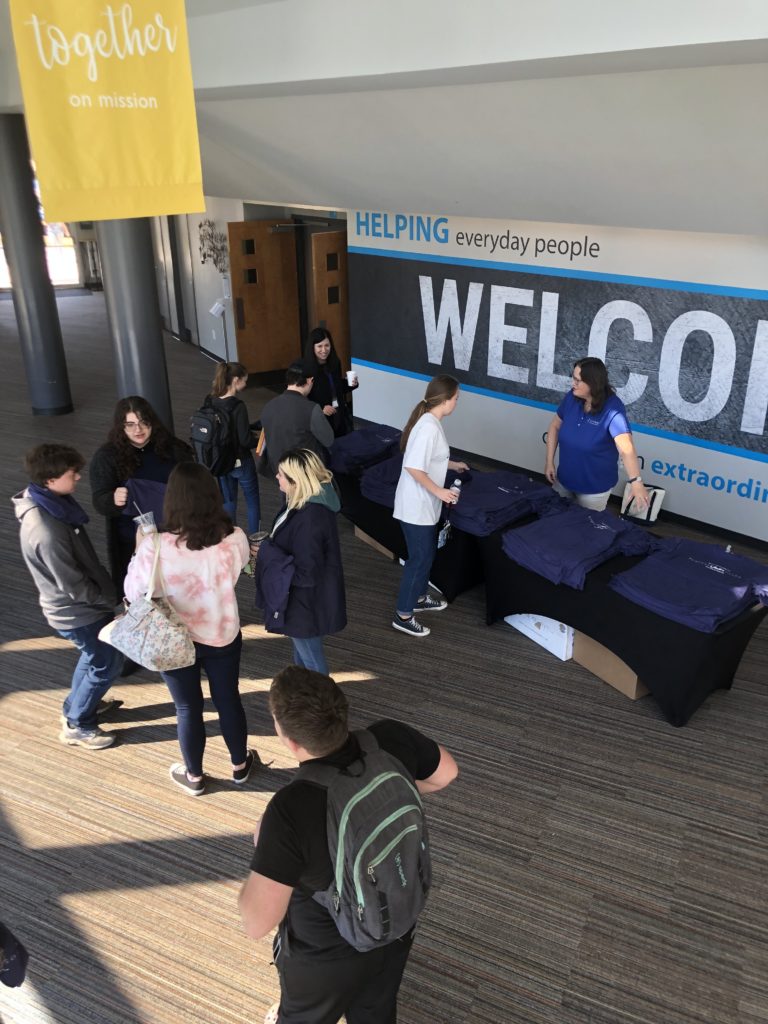 has created a natural and effective way to link current students with missions and church planting in real time through Converge Worldwide.

Any student who is interested in exploring opportunities in vocational or part-time ministry can easily be matched up with a Converge Worldwide missionary or church planter who is currently on the field.  This proves to be a benefit to both the student and the person already in ministry, creating relationships that often become life-long bonds and exposing our students to vocational ministry in creative ways.  In the six years that we have been connected with Converge, we have already seen multiple alumni transition almost seamlessly from TBC students to Converge interns, to Converge missionaries, thanks to the connections those same individuals made while students at TBC. 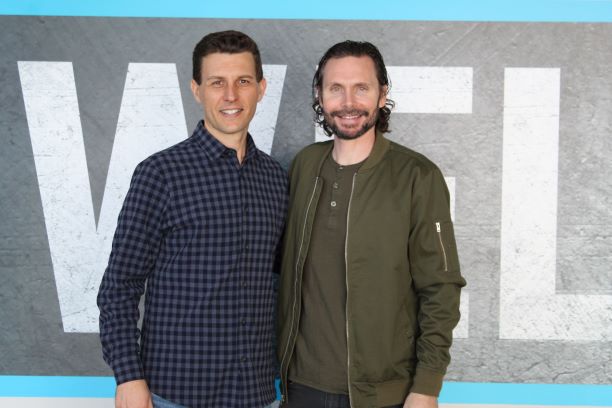 JJ is a second-generation missionary and founder of Togo Palms.  He is a graduate of TBC’s missions program and

his passion for missions is evident and contagious.  He challenged students to live a life which reflects God’s glory more than their own fame and consider that we are all called to “go”, not giving in to the desire for comfort over a life given over to God.

On Tuesday, we heard from a panel of Converge missionaries:

Lemuel (’12) and Brittany Martinez going to Poland, James (’21) and Jenna Roberts going to Togo, and Becca Triplett who is involved in deaf missions in various countries.  Lemuel and James are both TBC alumni preparing for their first term in foreign missions, together with their families.  Becca is the founder of Hope Signs, and is based here in Florida.

Each of these missionaries brought a unique perspective to the panel, sharing their background and things they have learned along the way.  Tania Martin from Converge moderated the panel as they took turns answering questions and providing insight to various aspects of missions – spending some time addressing the hard realities about following the call of missions.

James shared how his experience on a short term mission trip opened his eyes to the importance of missions:

“I realized they weren’t choosing to follow another religion or another person instead of Jesus.  They literally didn’t know Jesus in the first place in order to be able to follow him!”

Lemuel and Brittany shared how their desire to go into missions met with some unexpected resistance.

“You need to know that everything can go wrong.  Spiritual warfare happens… Guard your relationship with God. It is so important!”

It can look like direct attacks on your spiritual life or your family’s health, or sometimes it is more subtle like when well-meaning family members don’t understand and don’t support your decision.  Lemuel emphasized how the business of raising support, traveling, answering emails, while all good and necessary things to a missionary can also be overwhelming.

Becca Triplett followed up with her thoughts on those spiritual battles.

“Satan always has the same tactics: to discourage, to distract, and to destroy. [When you chose to answer the call to missions] …you are taking back ground that Satan wants to rule.  He will take advantage of your flesh and your brokenness.”

She didn’t leave it there though, reminding students that the battle itself – be that loss of loved ones, broken relationships, chronic illness – it all can be used of God for other purposes.

“When you meet someone with a similar story, that becomes a connecting point and can be a way for you to introduce the gospel.” 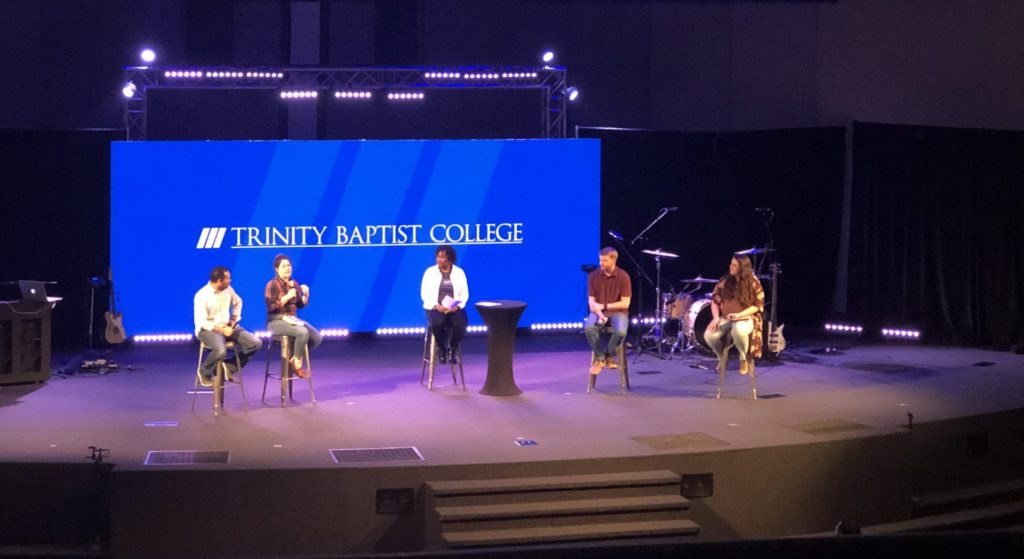 Tania closed the panel with one last thought:

The panel confirmed this, reminding the students that following Christ will always cost something.  They shared several valuable questions that they pondered in their own lives as they accepted the call to missions:

“You have to count the cost. Know that you will have to give up something.”

“Every day we have a decision to make: do we quit, or do we continue?”

“Your calling goes hand in hand with your walk with the Lord.”

“Am I pursuing the Lord daily and is it challenging me?  If it isn’t then something is wrong.”

“A life lived with God’s purpose in mind is a fulfilled life but not a perfect life.”

“If you want to thrive, the best thing you can do is pursue God with our own heart.” 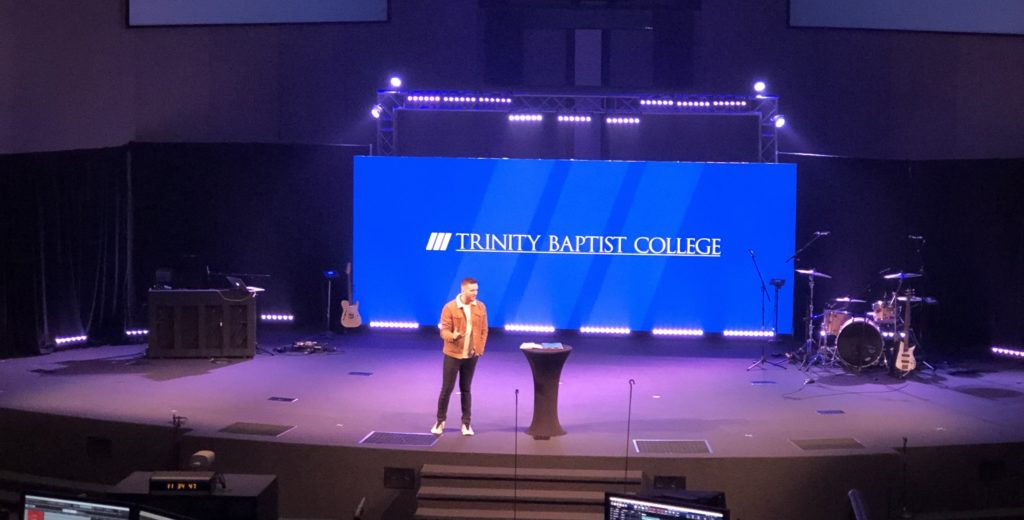 A graduate from TBC’s youth ministry program, Trey connects well with young adults and spoke on the subject “What Do I Do?”.  He shared from his heart how following God isn’t always a mapped out, planned project.  Ultimately, what we do next should be a result of worshipping Him.  Trey reminded the students that the term “worship” does not refer to a music set on stage, but instead is an attitude.  He gave a definition of worship as “responding to God’s worthiness” and challenged students to worship God by being obedient to God, by expecting God to direct, and by trusting God with the result.

Missions Emphasis will officially wrap up with a brunch on Saturday morning at 11:30am.

This is open to all students who wish to learn more about missions and Converge.

Thank you for praying for us this week.  Please continue to pray for the students who have responded to God’s leading this week that they would remain focused and dedicated to their calling!