Originally from Tallahassee, Florida, Ryan earned his Bachelor’s in Secondary Education in ‘06.

Ryan is ambitious and has a heart for the gospel.  Thriving as a bi-vocational minister in rural North Carolina, he is purposeful in allowing God to use him in any way possible.  From using his natural talent (athletics) as a gospel outreach, teaching and mentoring students, and running a successful business, to becoming debt free in order to have more time for kingdom work, stories like his inspire us to aim high in our own lives.

Ryan is married to Janette (Bolan) and they now have three children: Kendall, Parker and newborn Jase. They both have a heart for missions and have become close friends with missionary JJ Alderman (’05) in Togo, West Africa. Over the years Ryan has been to Togo five times, using his ministry and coaching experience to organize and oversee sports camps and youth trips.

Ryan is an entrepreneur at heart and is always looking for new ways to connect with people outside of traditional ministry settings.

To that end, after several years in the classroom Ryan started a successful t-shirt business, Cosine Designs. Aside from enjoying the creative work itself, Ryan wanted to have a way to get involved with the city of Jacksonville; this gave him an opportunity to participate in vendor fairs and community events, and meet other entrepreneurs in the area.

At first, Cosine Designs was a side hustle that allowed him to pay off debt and support missions through giving.

Within a couple of years, he was able to quit teaching and work the business full time.

“I stopped teaching because I started the business with a multi-faceted aim. 1) To become debt-free and have more margin for ministry 2) be able to spend more time with my family.”

When they reached their goal of being debt-free (yes, including the house mortgage!) they started to explore next steps.

“We just asked ourselves, ok, what do we want to do now that we have this freedom?”

Rural life was part of the dream but they also wanted to stay connected to a strong community of believers.

After a lot prayer, planning, and a long list of goodbyes, Ryan and Janette relocated to North Carolina to support a small church in the Lake Norman area.

“Ultimately, what we wanted was to invest into a biblical community and help alongside someone else. That is when Chad Warner up in North Carolina came to mind. We had been friends for a long time and stayed connected after graduation… we started talking about ministry philosophies and it just so happened that his assistant moved on and they were looking for someone to help. So, I came up here as a bi-vocational assistant pastor.

I knew they couldn’t pay me, so I applied to the local high school… and I am now teaching math again – I’m still getting adjusted to the public school learning curve and all the red tape stuff… but I am definitely building a lot of relationships and making connections. Many times teach more kids in a day than show up at church on Sunday. So that’s been good.”

The Cossons are putting down roots in their local ministry while remaining involved with international missions.

In the near future they hope to organize trips from Terrell Baptist Church to visit Togo with the ultimate goal of fostering a missions mindset in their church community.

“This is a very rural community; we have a big agricultural program here and there are lots of young people. Everyone is super down to earth; it is a simple life… so for some of our people to leave the U.S. would just totally blow their minds.”

Terrell Baptist Church is a family-oriented, rural ministry pastored by Chad Warner (’06), married to Melissa (Newsome, ‘05), both graduates of TBC. In his Ministry Coordinator/Assistant Pastor role, Ryan coordinates VBS, Sunday school, teaches classes, and fills in on the praise team playing guitar (“But only if necessary”, he laughs.) 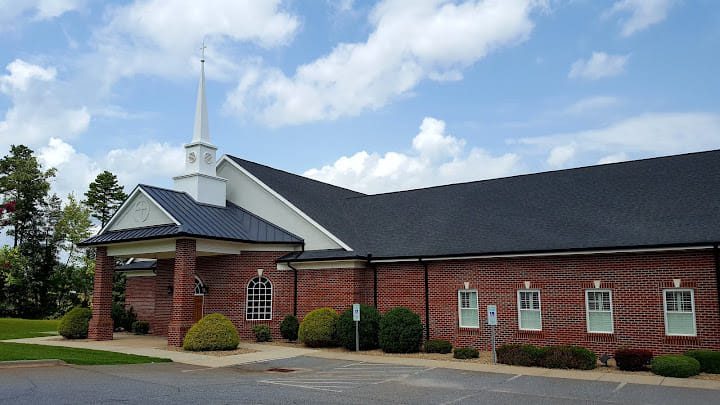 It has evolved from an Etsy-shop company run in his garage to a full-on screen-printing and digital design company that fulfills hundreds of orders and now employs others. He uses his business as an opportunity to mentor young people, offering part time employment and flexible hours to college students while managing the company from NC.

But he isn’t done dreaming. Ryan has budding plans to start a manual labor business in NC so he can begin to mentor young men, teaching them a trade while investing in their spiritual lives.

As Ryan and Janette continue to use each new endeavor to pour into missions and ministry, it is inspiring to witness how God uses their passions and talents to spread the gospel, both locally and internationally.