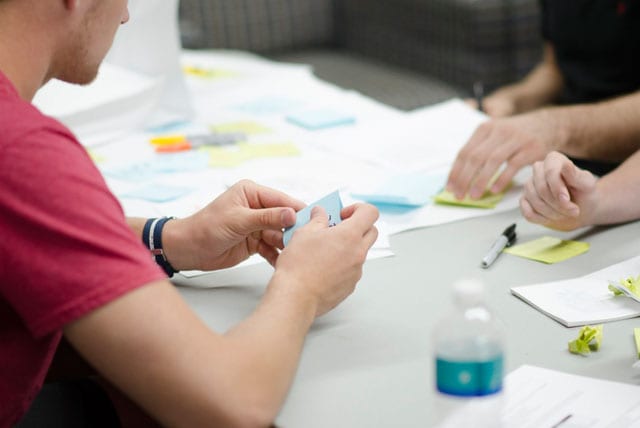 Over the past five years there have been several significant changes made at TBC. The overwhelming majority of these changes were desperately needed. They have been positive in keeping the college sustainable and on a pathway to growth. I could focus on any one of these changes and talk about the rationale for the change and what has been impacted, both positively and negatively by it.

The one change that has perhaps intrigued me the most is the change that we made to our disciplinary system. Like many other Christian colleges, TBC had used a demerit system since its early days.

When current TBC President Mac Heavener arrived on the job he described the demerit system to me as a “gotcha” system. He said that instead of focusing on finding students doing right, it created an environment where college faculty and staff, as well as student leaders (RA’s), focused on trying to “catch” students doing wrong.

The more I thought about this the more his assessment made sense. Over a course of time, we worked together as a team to create a better system, one that more closely mirrored real life and also one that followed a more biblical model.

Our new disciplinary system is focused on the ideas of mentoring, accountability and responsibility.

The idea of mentoring is that we are providing guidance and teaching as opposed to just telling students that they messed up. Even when mistakes are made, we are committed to providing a path of restoration. As long as a student is willing to continue moving forward, then we want to be a part of that journey. We are all growing and we all need mentoring.

At the end of the day, there have to be guidelines in place. As much as we like to think that we are independent free agents, even as mature adults we need accountability in life. We need to know where the boundaries are. There have been many times in our college’s history where we have placed boundaries in areas where the Scriptures were silent, largely based on preference of opinion or tradition. Our efforts in recent days have been focused on providing accountability in a biblical fashion that is both reasonable and in harmony with the realities of the world in which we live. Preferences change, principles seldom do.

Transitioning from adolescence to adulthood is a major hurdle to cross for most young adults. Our role as a college is to assist in this transition by making students aware of the responsibilities that come with being an interdependent adult. I intentionally use the word “interdependent” rather than independent because for our students to be successful in life they need to learn how to be a good teammate. God did not intend for us to be islands unto ourselves. We were built for relationship and community. As students learn that they have a responsibility to God and to others whom God has placed in their life, they will begin to build a successful life.