Since our beginnings on McDuff Avenue in 1974, Trinity Baptist College has grown and expanded both numerically and academically.  Thanks to the vision, dedication, and hard work of so many, we have made significant advancements as an institution. On our Hammond Blvd campus, we continue to pour into students and develop young leaders who are well-equipped to take the gospel to their circle of influence.

In order for us to better serve you and keep you informed, please be sure to notify us of any address or contact information changes.

We are so excited to begin the process of building the new TBC academic building!

Stay tuned for updates as they happen! 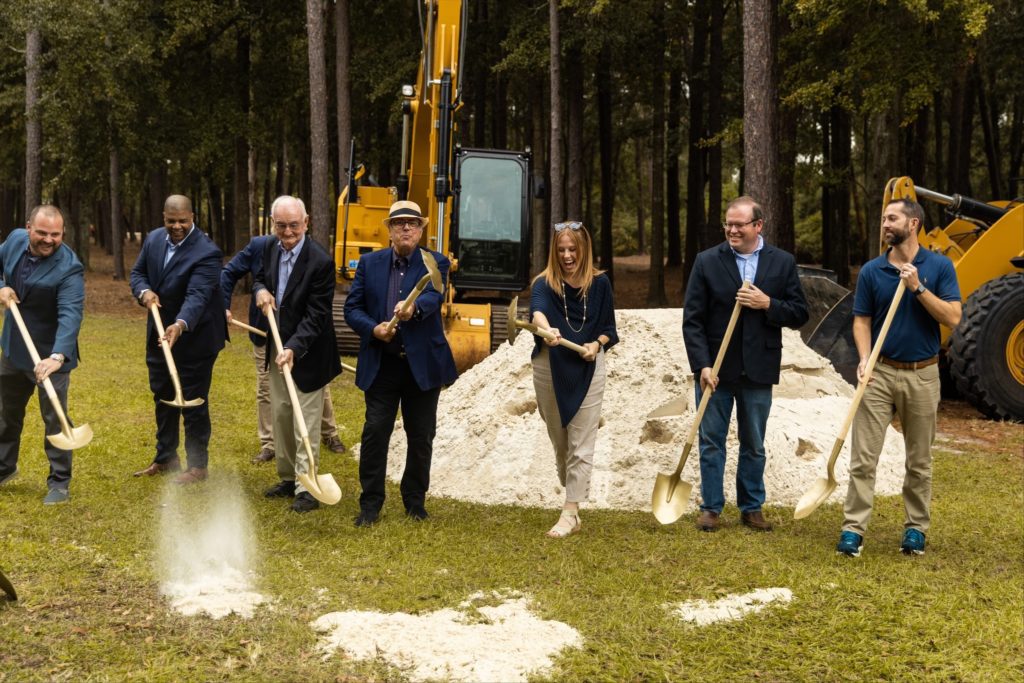 Thank You and Congratulations!

The 1990s and 2020s are the winning decades!  Congratulations to you and we humbly thank you for your generous support! 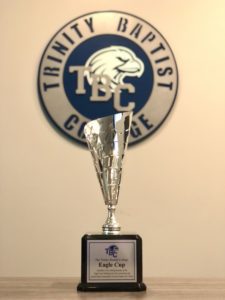 Many thanks to all who participated to make this challenge a success!  The winning decades are engraved on the Eagle Cup, which will be displayed throughout the year in the college’s Welcome Center.

Additionally, your nominations for the Trinity Baptist College Commendation award went to Ms. Holly Bebernitz and Dr. Jim Buckner.   These awards were presented during halftime of the Homecoming soccer game.

Thank you for your involvement!

Send Us Your Resume

On occasion, individuals contact us in search of potential candidates for employment.  We are happy to share alumni resumes with these potential employers.  If you are an alumnus of Trinity Baptist College and wish to make your resume available, please send a PDF copy to alumnirelations@tbc.org.

For all other questions and communications, please contact us directly at the alumni relations office or message us on Facebook. We would love to hear from you!

Looking for TBC swag?  Check out our shop! 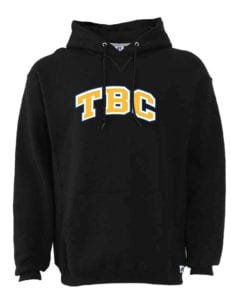 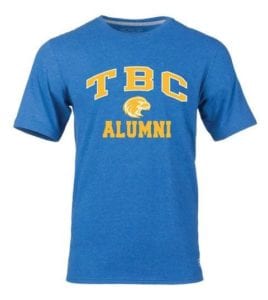 Every month, we feature a TBC graduate on our blog.  These Alumni Spotlights highlight some of the amazing things that TBC grads are doing around the world.

With graduates in education, business, missions, and more, there is always something to share!

Did you know you can nominate an alumnus for a Spotlight?  Just click the button to nominate your choice!

Transcript Request
Ways to Give

Alumni of the Year

Every year, the alumni of Trinity Baptist College nominate fellow alumni to be featured in our monthly newsletters.  Each nomination is then considered for the Alumnus of the Year award.  Recipients of this award are individuals who consistently display godly character, model our core values as an institution, and exhibit faithful commitment to the Gospel.

2021 Alumnus of the Year: Walter Brown 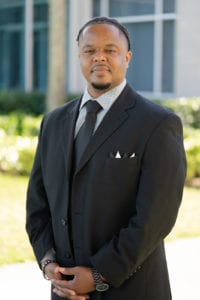 We were honored to count TBC’s 2021 Alumnus of the Year in attendance at Commencement.  Walter Brown is a 2016 alumnus earning the Bachelor of Science degree in Biblical Studies with an Interdisciplinary Studies concentration.

Originally from Loma Linda, CA, Walter grew up in a pastor’s home and joined the military after high school.  He served in the army for 8 years, including a deployment to Iraq in 2003.

Prior to attending TBC, he became a respiratory therapy equipment technician at Mayo Clinic and earned his Associates in Respiratory Therapy in 2013 from Concord Career College.

This past year and a half he has been on the front lines of the COVID pandemic.  Between his work at Mayo Clinic and his role as a pastor, he has faithfully supported the spiritual and physical needs of our communities during a time when fear and uncertainly were prevalent on a global scale. Both careers are rigorous in their demands even under normal circumstances.  We are grateful for the many hours he has invested to tend to body and soul.