Whether you’re a student-athlete or a student fan, when you attend TBC you’re an Eagle!

As a community-focused private college, both sides of the TBC Eagles family are able to interact on a day-to-day basis, bringing a sense of balance and healthy structure to our campus culture.  Our student-athletes are applauded, appreciated, and recognized, while being held to the same standards as the rest of the students. Students not participating in athletic programs are equally respected and valued members of our family.  We have found that this shared day-to-day life is beneficial to everyone and cultivates mutual respect among peers.

The TBC Eagles are an exciting part of campus life and activities. Over the years, the Eagles have built a reputation as a program of excellence in the NCCAA and we are proud of their accomplishments!

Warm weather for 10 months out of the year makes our location in northeast Florida ideal for just about any sport!  We hope you take the time to get to know us, ask questions, and see what makes Eagle Life a good fit for you!

Ready to Fly High with the TBC Eagles family?

Click below to start the application process – we’ll guide you through each step of the way! 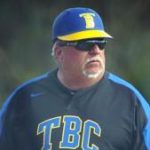 Before coming to TBC, Coach Copeland had accumulated an impressive coaching record which includes 21 winning seasons (13 out of 15 as a head coach), 16 postseason appearances (10 out of 15 as a head coach), 4 conference championships, 2 regional championships, 4 regional finals, 3 College World Series appearances, and 1 National Runner-Up title. He has collected two Coach of the Year awards and his teams have been given three sportsmanship awards. He has had 16 former players drafted or signed professionally. He has served extensively with Athletes in Action and the Fellowship of Christian Athletes in using baseball as a platform for spreading the gospel throughout the world.

TBC’s Men’s Basketball Program has a long tradition of excellence. Over the years, the program has won five NCCAA Regional regular season and/or tournament championships as well as four Bible College NIT Championships. More important than this on-court success is the success of our graduates, who have gone out to represent Christ as pastors, missionaries, businessmen, teachers, and coaches. At TBC, our high standards produce well-rounded athletes who are equipped to impact the world around them. Ready to join the TBC Eagle family? Click below and we’ll help you get started! 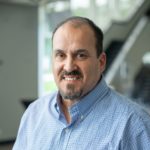 John D. Jones was appointed Athletic Director at Trinity Baptist College in August of 2011. Jones is no stranger to the world of intercollegiate athletics, having worked for 17 years as an assistant and head coach at every competitive level of men’s college basketball, including NCAA Division 1. He has also served in various administrative capacities, specifically in the areas of development, and game & facility management. The diversity of his experiences combined with his longstanding commitment to Christian higher education made him a great choice to lead the TBC Athletics program forward.

Soccer is quickly gaining ground as a favorite sport in Florida and we are looking forward to another strong season next year! Men’s Soccer has quickly established itself as a nationally prominent program, claiming 3 consecutive Regional Titles and the 2015 NCCAA National Championship. At TBC, our high standards produce well-rounded athletes who are equipped to impact the world around them. Participating in TBC athletics is an exciting undertaking – are you ready for the challenge? Click below and we will help you get started with the application process. We’ll answer your questions and get you all the information you need, from what it takes to be a TBC Eagle, to what kind of grants, scholarships, and financial aid for which you may qualify.

NCCAA Regional titles and a Final Four appearance are part of our lady eagles basketball program’s history, and the team is looking for more! At TBC, our high standards produce well-rounded athletes who are equipped to impact the world around them. Participating in TBC athletics is an exciting undertaking – are you ready for the challenge? Click below and we will help you get started with the application process. We’ll answer your questions and get you all the information you need, from what it takes to be a Lady Eagle to what kind of grants, scholarships, and financial aid may qualify for. 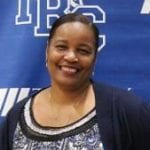 Judy Allen was hired as the Women’s basketball head coach in 2013. In Coach Allen’s first two seasons, the Lady Eagles were contenders in the Regional Championship. Coach Allen's mission is to create a culture of success both on and off the court.

Coach Judy Allen has over 13 years of experience coaching highly competitive High School and AAU basketball. As a second-year Head Coach at Duval Charter H.S. achieved a successful season winning over 60% of their games from the previous season. During her seven years coaching at Andrew Jackson High School, they held titles for Gateway Conference, District, and Regional Champions including a trip to Florida High School Basketball State playoffs.

Coach Allen is co-founder and co-director of Triple Threat Y.E.S. This organization was founded on the vision of developing scholastic aptitude, athleticism, social skills, talent, character, and dreams of at-risk youth. A concentrated effort is placed on instilling the values of spirituality, education, leadership, discipline, diligence, commitment, teamwork, and sportsmanship.

We are excited about our newest addition to the TBC Eagles – our women’s softball team!  This new adventure presents great opportunities for any student who wishes to play collegiate softball.  An inaugural team means equal playing ground for all! 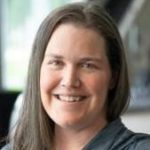 Coach Bennett comes in from Flagler College, where she was the assistant coach from 2017-2018 after serving as the assistant coach for Florida State College at Jacksonville for the previous four years. In addition to on-field coaching, Coach Bennett served as a recruiter of new players and a developer to prepare players for advancement to four-year schools. She continues to serve as President of Florida Select Softball in Jacksonville since 2013.

Bennett was the assistant softball coach at the Episcopal School of Jacksonville in 2013 and 2014 when she and her husband moved back to Florida after moving to North Carolina for jobs in 2010. She was a civil servant at the Marine Corps’ Camp Lejeune during their time in North Carolina, and she had the honor of serving her country as Lejeune’s first non-military related athletic instructor and worked as a high-intensity tactical trainer from 2010-2012.

Coach Bennett played center field at Florida State University from 2000-2002. After being invited as a preferred walk-on, she earned a full academic-athletic scholarship. As a freshman, Leah went into FSU having won the 2000 World Series Most Valuable Player award while earning All-State and All-Conference honors during her high school career. During her time, she also helped the Seminoles win two ACC championships and a berth to the College World Series.

Leah graduated from FSU with a Bachelor of Science degree in criminology in 2004 and earned credentials in theology from Global University’s Berean School of the Bible in 2005.

Further coaching experiences include the following:

​Coach Bennett plans to build a strong softball program at Trinity with emphasis on serving Christ. “I plan on building a championship-caliber program. That may take several years of hard work, but it can be done. I bring discipline, hard work, excitement, laughter, and a love for the game. I want the athletes to graduate knowing they worked hard but had the best time of their lives -- all while we grew stronger in our faith together and won a lot of softball games."

Her favorite Bible verse is 1 Corinthians 9:22, which says, "To the weak I became weak, that I might win the weak; I have become all things to all men, so that I may by all means save some." She explains why: "My grandfather was an amazing athlete and taught me everything I know about sports. He gave his life to Christ because a church softball team stepped out of the traditional barriers and allowed God to move in a completely non-traditional way. My grandfather said he would not play if they prayed while he was there, so instead of fighting him, they prayed before he got there and after he left. At the end of the season, he gave his life to Christ. That would have never happened had they said they were a Christian team and they prayed and that was it. They listened to the Holy Spirit’s guidance and became exactly what he needed so that way my grandfather's heart would be softened. Because of their obedience, the entire course of my family's life was changed. I am grateful for them, and that verse reminds me that being obedient, thinking out of the box, and approaching things differently can ultimately change someone's life."

Coach Bennett expressed her gratitude for the opportunity to serve at Trinity: "I am very excited to see the growth of this program from start to finish, and I can't wait for the season to begin. I am grateful to President Mac Heavener, Athletic Director John D. Jones, and the family at TBC for giving me this opportunity to truly be myself and do what I love."

Bennet resides in Jacksonville with her husband Riley of 10 years. They are the parents of daughters Adlynn and Rylynn. The Bennet family also has two cats, Oreo and Cage.

Our Lady Eagles soccer team is on fire! In October 2017, women’s soccer achieved the program's first-ever #1 ranking in the NCCAA National Poll. These ladies have really made a name for themselves and we are proud of all they have accomplished. Being part of a collegiate athletic team can really make your college life exciting. If women’s soccer is something you are interested in, feel free to contact us here for more information, including what kind of grants, scholarships, and financial aid are available to qualified students, and what it takes to be a TBC Lady Eagle!

Our Lady Eagles volleyball team has had a long history of competitive performance at TBC. Our fans love to pack the gym and support this hard-working group! At TBC, our high standards produce well-rounded athletes who are equipped to impact the world around them. Participating in TBC athletics is an exciting undertaking – are you ready for the challenge? Click below and we will help you get started with the application process. We’ll answer your questions and get you all the information you need, from what it takes to be a Lady Eagle to what kind of grants, scholarships, and financial aid may available to you. 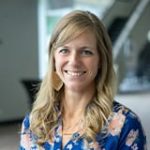 Christmas served as an assistant to Coach Judy Allen in 2017. Coach Allen also serves as the Eagles head women’s basketball coach. She will now be able to give her full attention to basketball, as Coach Christmas takes over the volleyball team.

This past season, Christmas assisted Judy Allen in growing a young team to play the game competitively at the college level.

Previously, Christmas was the head coach for Trinity Christian Academy’s junior high and junior varsity teams for nine seasons. She and her team were the 2016 JH Independent Middle School Conference runner up. She then led her 2017 JV to their winningest season ever with a 13-2 record. Also a varsity assistant in 2016, she helped lead the Conquerors to a 24-6 record and a trip to the regional final in the 2016 state playoffs.